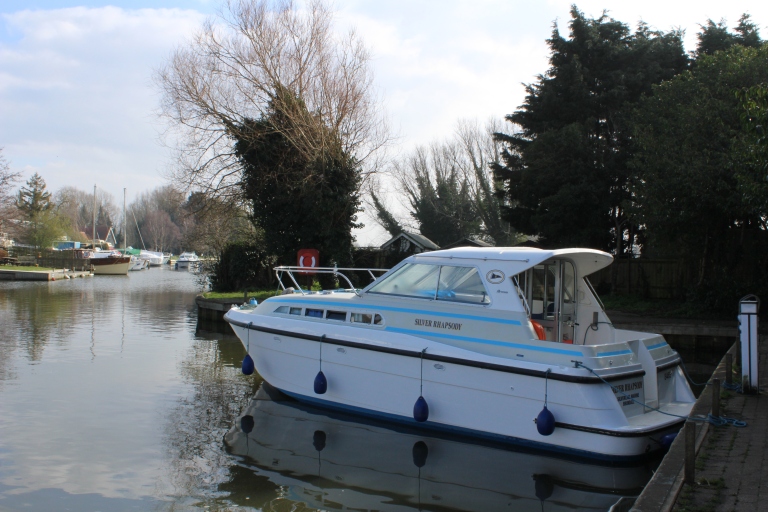 Picked up the Silver Rhapsody from Brundall on the 4th of April .Brundall is on the River Yare close to Norwich in Norfolk.A Three berth boat with all mod cons ,we had a quick but informative tour of the boat then set off from the yard with our instructor.The lesson took us out on the Yare and the instructor took us through mooring and tying up the boat .Then we were on our own.

We decided on our first stop which was a village called Lodden.We travelled on the Yare to Hardley Cross where we picked up the River Cher going past Hardley nature reserve ,it was getting late so we didn’t stop. This was my first mooring which went really well ,there was plenty of room and surprisingly was free (as you can see above)

Had a meal at the Kings Head which had some interesting World Cup 1966 memorabilia food was OK. 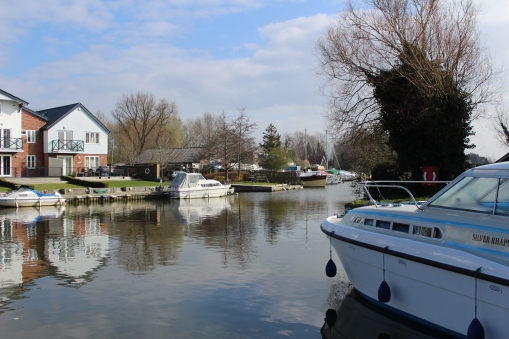 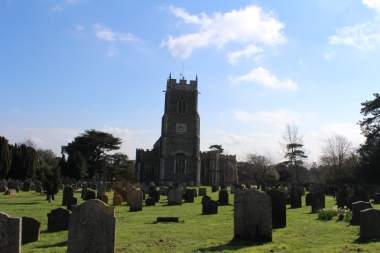 We woke quite early the next day and met some of the more permanent residents who seem to live at the moorings despite there a 24hr limit “.Who’s going to stop me from living here? I’ve been here 5years and its less than £300 a year “This meant he could afford to work with little accommodation costs .Before you think this sounds great ,you have to use public toilets (which were excellent)no showers, and noisy ducks and birds waking you up.

Funny village Lodden went to the café Rosy Lees, fantastic welcome from the lady who works there and she told us how she moved from London and how they have a kind of business co operative where everyone uses each others services. However its not for everyone.” Mum “came into the café who was an older lady who came in demanded her toast and breakfast.The owner said that the village looked after their elders and that everyone knew “Mum”.She never said a word to anyone and looked very superior, not for me looking after an ageing population that didn’t seem at all  greatful .The owner continued to say what a wonderful place Lodden was consequently the breakfast we ordered was burnt .”Mum’s” was ok though .We had to laugh .(pictures above) to be continued…..