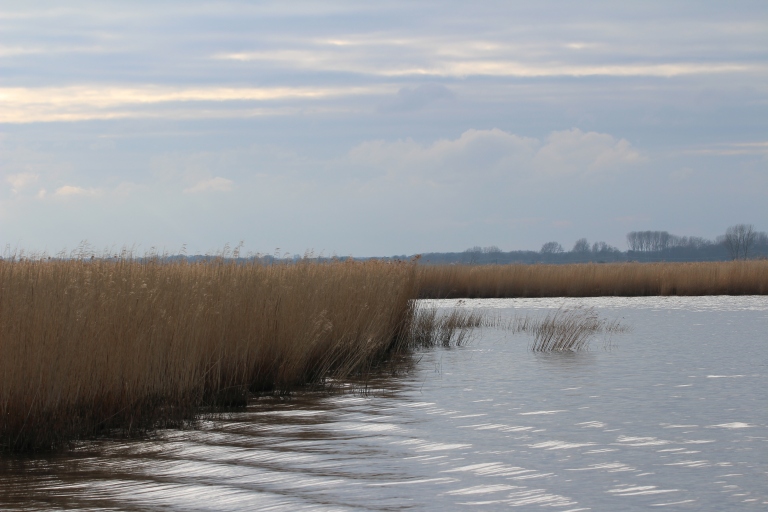 The last leg of our journey; the weather in early April has been kind to us .However on this day the weather was very cold and wet at times.I was looking forward to travelling back and taking some shots of the marsh harriers that I saw at the start of the trip.The picture above is of the River Waveny .As you approach the fork in the river, on the left is the River centre ,where you can hire canoes .

We passed by the River centre ,as we wanted to get some miles under our belts before we stopped for lunch.Then we happened to see some people ahead of us in indian canoes.They looked like they were having fun in the distance but were in the middle of the river .We continued to chug towards them but they were not moving .They saw us coming but were still in the middle of the river

Suddenly off in the distance I saw a splash; I didn’t think much of it because they always do capsize drills .They began to wave to us and were trying to get to the riverside.We continued to get close to them .We then realised they might be in trouble but couldn’t get to them any faster.They had life jackets on but looked cold .I asked if they were in trouble and they said they were.

They managed to get to the reed bed but were still up to thier chests in water.I reversed the boat on to the reed bed to pick them up .On the other side of the river was another canoe; they were dry and reasonably safe. However the two boys and their mum were not and were very upset and frightened.The boat had grounded a little and I threw them a rope.We managed to get the oldest boy on board as he was strong enough to help himself with my help .Once he was on board we then managed to get the youngest on board.As we were getting him on board mum started to drift away.I threw her a tied life jacket and pulled her back to the boat.We tried to get mum on board but could not get her on the boat. As we struggled, thankfuly , another boat turned up and went to get help at the river centre.

With the two children on board my wife looked after the children and gave them a hot drink.The children were very concerned about their mum who was still in the water and was in danger of suffering from hypothermia .We kept her spirits up and thankfully a boat came from the river centre and a ramp lowered so that mum could get out of the water.

We transfered mum and the two boys to the river centre craft where they were taken back to the river centre for a hot shower.Meanwhile dad and his eight year old daughter  had managed to get across to our boat where we gave them a hot drink until the centre boat returned.

Dad told us that they had got caught in the cross currents and that his wife’s boat had tipped over .Just pleased that everyone was safe .

After all the excitement we also needed a cup of tea and a break so a little further up river we moored up a had a walk. It was quite an adventure! 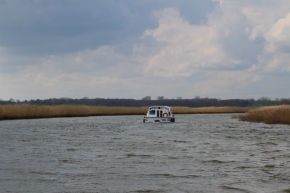 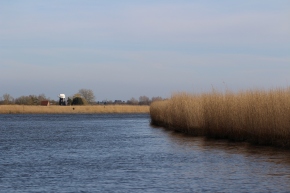 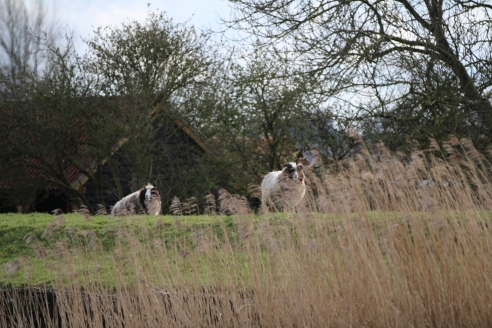 The rest of the day was great; the sun came out  giving the landscape an entirely different look. However, the boat was quite wet and damp but the heating was good and took the chill off. We arrived at Brundall at 6pm but sadly the pub Coldham Hall, did not open until 7pm . It was worth waiting for though, superb steak and a warm welcome. Time for bed.

The next day I awoke early for a quick pee only to find myself in the crooked house at Southend on Sea. What you may ask? The boat had grounded on the mooring ,tilting it at 30 degrees ,so as you got out of bed you fell into the side of the boat. I went out to see what I could do and as I stepped on the back of the  landing area” crash”it righted itself. Lucky.

We arrived back at Brundall moorings at 9am .It was a great week and we will do it again. We informed the company about the wet seating area and they were very nice about it. Next time the northern part of the broads ,Wayford Bridge,Potter Heigham and Wroxham “.We’ll be Back”. 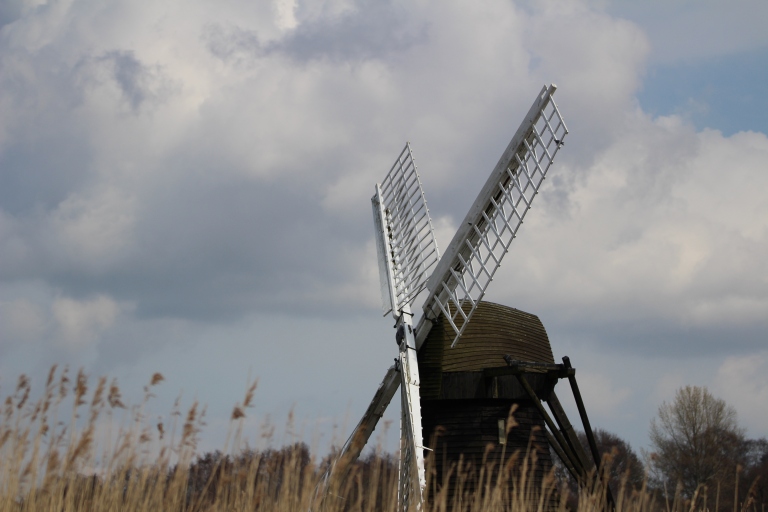