Like many people, I was disgusted by the atrocities that took place on Westminster Bridge on the 22nd of March. I wanted to protest about it ,I was angry I didn’t want do candlelight vigils.

However if you want to protest about Islamic Attacks in this country you are branded as racist or Nazi. The everyday person thinks twice about being linked by association to right wing groups such as Britain First or the EDL. We are denied a voice ,why must we stay quiet and pretend it never happened.

It did happen four people were murdered and many people  badly or seriously injured.We should be allowed to swear ,shout, condemn the Muslim religion .It was not the Sikhs Hindus or Christians. It was done in the name of Islam 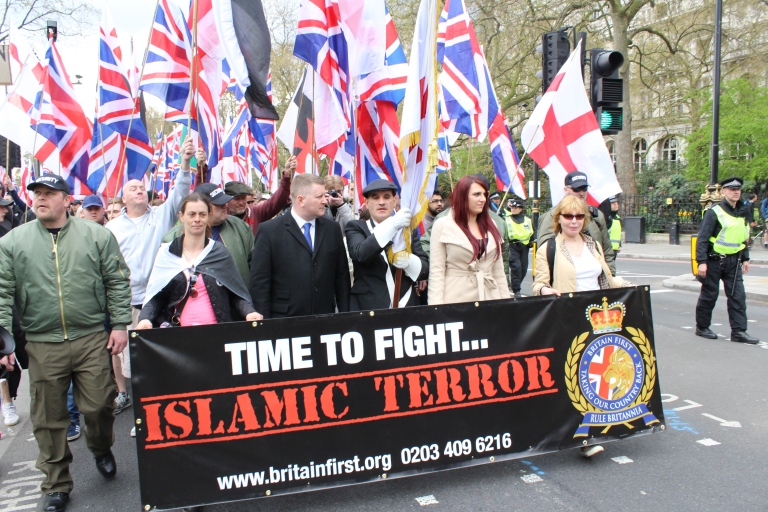 Britain First led the protest. The organisation is ,what it says on the tin.

The  people who supported the protest were great ,they were not racists, they were brave  people willing to put their reputations on the line to protest about the rise in Islamic Terrorism in this country and around Europe. They were young ,old, black and white marching together in solidarity ,to  say we have had enough. 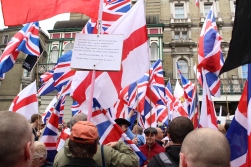 About 250 people turned up to face hostility from the violent far left who wanted to disrupt a peaceful march .The far left wore masks to commit crimes against the public ,the Britain First movement did not. The atmosphere on the march was very good ,they genuinely cared about the loss of life on Westminster Bridge. Prayers were held for the families of the victims of the attack ,led by Frayda Jansen.

On the way back from Westminster Bridge the marchers were subjected to a torrent of abuse by the far left .They met the abuse with a lot of good humoured two fingers. Many of far left were arrested who really didn’t want to let democracy take place. 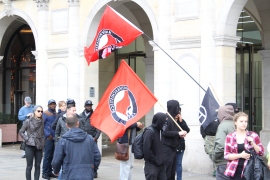 If you are worried about taking part in such a demonstration  don’t be.